Dancing in the Sun

Locations tested: Bogus Basin, ID; Crystal Mtn, WA, back in the day, when this was the Stormrider DP Pro, and was, like, waaaaaaaaaay stiffer.

Bindungen: Flat.  (Mounted with STH 16 today, some random demo binding back then.  Let's say it was a 14 din Tyrolia demo binding.  If you were there and you remember what binding was present, let me know.  Write to us at I'm Somehow a Bigger Nerd Than Enore; The Small House with the Two Subarus, North End, BoyCee, Idaho, 837--) 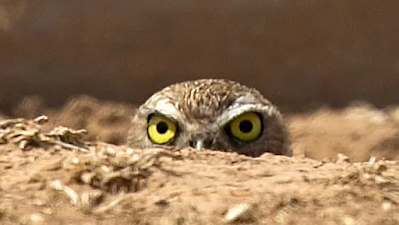 As is my prerogative, I'll address the various elephants and giraffes and capybara in the room; if you are actually interested in this ski, you are one of maybe three things as a skier and as a person: foolish, bougie, and/or discerning.  Stóckli is one of those brands, like Kjus and Arc'Teryx and Mercedes, where performance is at the forefront, and yet the most common denumericator* is a willingness to outspend other people because in the right circumstances, those who know, know, and those who don't are people upon (pinkie up!) whom you've already chosen to look down.

Stôckli skis, at least at the retail level, are quite well made.  (Not impervious; in '09 or '010 I pulled a screw on a ski formerly owned by the artist still known as Scot Schmidt with his cameraman filming me.)  The hands-on feeling of the ski is that it's just, I don't know, different.  There's a satin feel to the metal (first clue to the type of skier this ski works for) topsheet, something that is not present with any other ski I have cuddled skied.  The on-snow flex feels just the same, silky and a little bit unsettling.

The foolish:  If you don't have a ready and willing power plant binding just sitting about like I did, the Stòckli is an even more expensive setup.  Since it is flat and costs $1100 or more, you'll end up spending up toward $1500, depending on where and from whom you purchase.  You don't want to mount just any binding, you know.  You need an STH2 16, say, or a Pivot 15 in Forza colourway.  A Tyrolia AAAttack2 16 GripWalk (to fit those fancy new bar-mode boots of yours).  Gotta keep up appearances.  Alternately, that money could buy two or three season passes at a decent ski area, or many, many, many burritos from Taco Del Mar.

The bougie:  This Stõckli is the Audi A6 Allroad to, say, the Blizzard Rustler 9's used '015 Outback.  Same purpose, same execution, just fancier.  Anyone can get to the hill with good tyres and some patience, but the A6 will make you feel things.  And it will help you glower at the PSIA Level III lady in her '015 Outback who skis better than you, cos you can afford to pay cash for a new A6 and she is making payments on her (gasp) 8 year old, dirty, used (shudder) Subie that basically anyone has access to.

The discerning:  The Stœckli SR 95 is a really good ski.  Surprisingly so.  I went in thinking, "Eh, Aunt Nancy is paying, and when will I have this unbudgeted cash just laying around?"  It is much more than that.  Great edge hold for such a wide, manageably flexy ski.  Decent float for something that is leaning toward all-mountainy.  That silky ride.  I would definitely enjoy a fancy Audi if I could afford it and if it came with a proper 6 speed manual, and it is no different here.  Chop, up to 8", groomers that are harder than you expected, January chalk in the Bowl at Mt A, slush bumps at Killington in May, steering, high-angle carves, slarving through the local Intermountain willow whips, pretty much whatever you want, it is right there with you.  I haven't found a hardpack speed limit yet.  I'm certain I will, but it is much higher than the soft nose, short tail, and early taper would suggest.

The overall profile of the ski will look fairly current to most folks.  Mild early rise tip, 80ish% edge contact, progressive flex.  It's physically very stout underfoot, and softens quickly around the taper.  I have found that at speed in deeper snow, this pattern is a little prone to a sort of bent-tip brake feeling, but if you ski the ski the way you should, which is with round turns and a slightly more traditional weight-unweight rhythm, the ski just keeps going.  The old (ancient, even) DP Pro that I skied all those years ago would have had none of this.  You simply would stand on the downhill ski and hold on for the ride, hoping those subalpine fir were spaced for what the ski was going to do anyway.  It was fun when I was 28, and fit, and stronger than today, and skiing 13 days a week.  I doubt I would giggle as dreamily today.

The metal topsheet of the ski might scare some folks who are actually paying attention.  It might also make stronger skiers cast an eye or three.  It's a bit like a car geek seeing an early 90s 911, noticing that it's a 5 speed manual, and then noticing that it's four wheel drive.  Støckli calls it "TITEC PRO", which is short for Titanal Technology PRO, which is jargon for the anecdotally most common metal in skis today.  Titanal, contrary to most brands' abbreviation--"Ti"--is mostly aluminium.  It's a proprietary alloy, with a splash of zinc, a skosh of copper, an soupçon of magnesium, and for skis, a final silken anodisation that helps it bond to other materials well.  It is an isotropic material, as are most metals, meaning it has the same strength in all directions for a given amount of materièl.  This in turn means if you want it stouter, make it thicker, or flexier, make it thinner.  Carbon, that other, less gilded material, must be laid up for desired attributes in multiple directions, as does fibreglass.  (The older nerds out there might remember some 80s and early 90s K2 skis proudly proclaiming they were TRIAXIAL, which just meant that K2 was doing its job on those skis.)  All this to say, METAL.  Yes, it matters.  This ski in carbon would probly break, ski like wet butt turds, and look ugly.  Instead, it's a beautiful, smooth skiing wonder like its powerful forebear, but manageable and, dare we say, playful.  I've read copy on this ski that argue with me, say it can't float, or is a plank, but let's get real, folks.  If a ski above about 90mm doesn't float, it's the pilot, not the plane.  That funky old Salomon Supermountain from back in the mists floated just fine, thanks, and it was a whopping 78 underfoot.

I wouldn't be me without a couple complaints beyond the price of entry.  I really wish Stōckli would build this ski with the same exact everything from bootcentre forward, but add 6 more cms of length to the tail.  I also wish they would have laid up a high speed race base instead of whatever they actually used.  I've skied enough dry race skis that still glide like a bull on ice to know that this ski could be that much better.  Those quibbles aside, if you've got a spare grand or three, and want to be bougie, foolish, AND discerning, well, have I got a deal for you!