The pilgrimage has gained momentum.

Unofficial Networks, aka the Bestest Ski Blog Site in the Whole Woild, has a thumbtacked post, or whatever, on their blog currently.  Something about a hajj or, like, what y'alls is sposeta do as major skier broskis.  It's funny.  Like, who are you to tell ME what to do, Matt?! DO YOU KNOW WHO I AM?!?!?! I AM THE BEST SKIER ON THE MOUNTAIN. 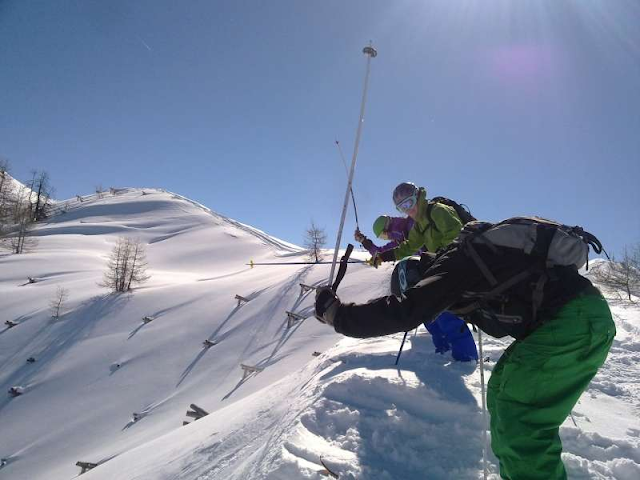 I check all the cornices.

Anyway, what makes me laugh about all of these listicles, along with the twin facts that some jackass made up a cutesy and annoying term for them and that they still somehow exist, is the confidence with which folks post them.  #1 is Corbet's, natch, cos, y'know, intermediate-skier folks should book a trip, waste thousands, just to stare down into a very steep, incredibly challenging chute with a SORRY I KNOW IT'S A COOOL-WAHR mandatory air and realise they were lied to.  That skiing just isn't that easy, and that maybe, just maybe, some dud dude on the internet isn't really all that knowledgeable.

The list continues, with some random chair out east, a junk show in Tahoe, my least favourite ski area in Utah, and Alyeska.  Honourable Mention is Baker, which, well, maybe? But also maybe not, for the same reasons as Corbet's.  Baker can kill you.  (More so than most places can, not like when somebody does a routine crash and happens into a tree, which can happen anywhere, but like when a person makes a misguided but innocent left at the bottom of the Chair 5 side of Hemispheres and falls off a 200 footer and isn't seen until August.)  Let's be honest.  Most of us just want to ski.  I can speak for precisely nobody else, but since everybody does, I'll try anyway:  if I'm spending money, it's not to ride a chair folks claim is from the 40s (spoiler: it has been updated to the point where it's real dern challenging to claim it's older than my father) or to get all confused when tryna figure out Olympic Valley's crazy Spaghetti Bowl of chairs and trams and--wut?!?!--funitels and base areas and mid-mountain lodges just to get hosed by another northeast Pacific cyclone that comes in hot, but just a wee bit too far north and closes all the legit terrain with some righteous Pineapple Expressery.  If I'm spending money to ski, especially if it's at the end of a hajj, it ain't gonna be shit people do all the time. 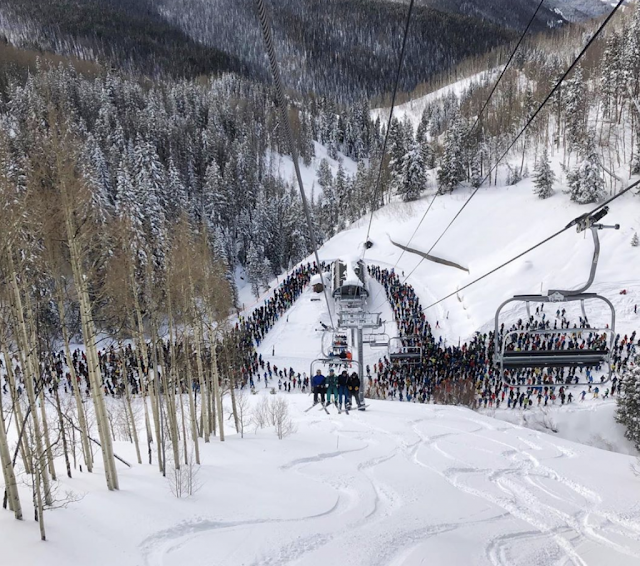 The Back Bowls at Vail.  Supposed quiet and solitude.  People pay for this, and travel cross country.  Wut.

Here's my top 10, cos I'm too cool for just 5, with a predictable-for-me amount of uncertainty and unwillingness to say one is better than another:

- Shasta.  Seriously.  Squallywood is just up I-80 from SF, and there's like lots of houses rich folk use at least 10 days a year and there's like a lake and lots of fancy lights over on the Nevada side and basically Palisades is fine if you are looking to fulfill someone else's dream, but let's be honest: you are not Shane, and you are not Ingrid, and you are not Jonny.  Neither am I.  Save yer money, and Drive North.  (Your choice, John Hiatt or Suzy Boguss.)  Mt Shasta City is funky, weird, cool, foreign, dirty, in the trees, and, simply, not annoying like Tahoe.  Tahoe would be rad without, well, being Tahoe.  Plus, there's Pinus attenuata and Abies x shastensis on them hills. Weird is better, believe me. Also, too, as well, you just might be the best skier on the mountain, and you absolutely will not be on KT. And did you hear they built a new chair and people think it's hard to access cos you have to--gasp--ski there? Seriously.  You should read the Instagram comments.  "BUILD ME A BUS OUT OF A SNOWCAT AND PUT CARPET ON THE FLOOR AND A FEATHER BED SO I CAN GO SKI GREY BUTTE."  "I WANT A TOW ON A SLED BUT LIKE, WITH EXTRA SPECIAL SNOW PROTECTION AND MAYBE A GLASS OF PORT AND A DOG TO CUDDLE WITH COS I WANNA SKI GREY BUTTE." It's funny, but I don't get it.  Last time I was there, one simply ducked off the back side of Coyote and skied fall line to the bottom of the butte, where the chair is now.  Hm.

- Woof Crick.  I mean, how, Matt, did you miss Col-o-RAD-o?!?!?!? Everybody knows, when you list skiing, Colorado is number 1.  And, natch, Woof Crick isn't in one of your fancy multiverses or even part of the Colorado ski area exchange.  One of the chairs is called Treasure Stoke, and aren't all skiers all about the stoke?  Seriously, though, Woof Crick isn't near anything.  CW McCall aside, nobody outside knows where Woof Crick Pass even is, even, and outside of ski mag nostalgists and nerds nobody cares if there's skiing outside of Telluride or Aaahspen or Vail or Summit or Steamboat.  Or Winter Park.  (Okay, so, CO is pretty well-known.)  Anyway, to get to Woof Crick, if you are the jetsetting type, you gotta fly into Farmington UT NM (KFMN) and start asking for rides.  If you just think "it's in Colorado" and book a seat in a giant wingèd tube bound for Stapleton, you'll then be looking through the rental catalogues hoping for an Escalade with good gas mileage, cos it's a loooong damn way to the other side of the hill. Hence, hajj.  You go through places like the real South Park, Gunbarrel Station, Saguache (important cos you probly can't say it correctly), and Poncha Springs.  You'll cross the Rubicon Rio Grande, be humming Woof Crick Pass, way up on the Great Divide, truckin on down the other side, except that you don't hafta truckin on down the other side cos Woof Crick is right there on the pass.  You'll get confused again cos, of course, you'll think you're in Canada.

- Bormio.  (Seriously, Matt, how did you not Europa?) It's near the Stelvio, and, like der Schweiz, and Österreich, and when you can fly into Milano, flounder about like a tourist, try to find a Stelvio to drive up way into the Ortlers on a road called STRADA DEL PASSO DELLO STELVIO HOW COOL IS THAT.  Anyway, I got lost.  Just go.  It takes forever, and people do pilgrimages, like the real kind, through Italia all the time.  You heard it here first. 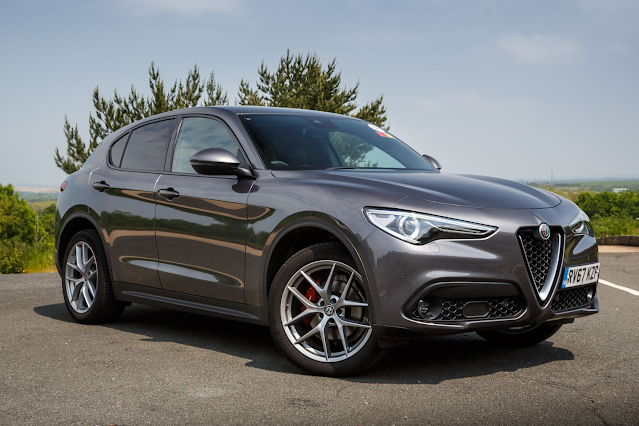 Everyone knows you hafta drive an Alfa if you are a skier.  Or something like that.

- Okay, I'll admit it, Mad River Glen (MRG) is cooler than most places.  I'd like to go there.  There's probly at least a little bit of pilgrimage-type travel involved.  Still, if I gotta go all that way, the first place in Vermont I'm skiing is Owl's Head, QC.  I mean, it's named after a dude called Owl.  And it's in Canada.  That's like, if you're going to Vermont, but you forgot and just kept going and then some Sirens called out and you took the boat into shore, and then you woke up from your dream and found some real nice poutine and hopefully a Trois Pistoles.  Seriously.  Also, I've seen pictures of the view from that place.  And it's next to Lake Memphremagog, which is a pilgrimage just saying it and also, it's kinda like Gog and Magog, and that's all sorta connotations right there.

- Bigrock, Maine.  It's way up there.  A long way from anywhere except the NWS office in Caribou.  I think you can see Canadia from the top of the big Mueller double.  I know, I know, you can see Cannuckistan from lots of ski areas, like Baker, Bromont, Mont Bechervaise, Whistler, Lake Louise, Mount Saint Louis Moonstoone, Stoneham, et al.  But those places are all IN Canada.  Just ask the locals. 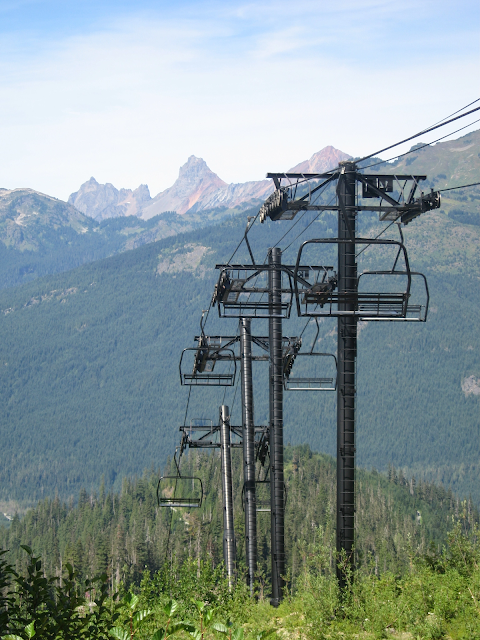 That one peak at the back is in Canada and that's all that's needed, thank you very much.
Photo credit: Peter Landsman, Lift Blog.

- Lofoten.  Just go.  Seriously.  Stop arguing with me.  Say hi to my family, too, if there are any of us left in Skutvik.  Skutvik's across the water, but there's a ferry.  My grandma's cousin Bodvar painted there, and, probly not coincidentally, that part of my family is the Skutvik part.  Like, that's literally our name.  If you don't believe me, then you can take a flying f

- Manning Park.  Before you ask "where's Manning Park?" just listen.  YOU CAN SEE HOZOMEEN FROM THERE AND THAT'S LIKE JACK FRICKIN KEROUAC AND SHIT AND GOOOOOOGLE MERTH SAYS IT'S 42,753 FEET AS THE RAVEN FLIES (seriously, why do we care how the crow flies when ravens are so much cooler?!) WHICH IS LIKE, I DON'T KNOW, SOME MILES.* AND, since we're talking about long walks drives, Manning Park is a Wet Side ski joint on the Dry side of the Cascades.  Think about THAT.  I bet you didn't even know there were Cascades in Canadia.  It's a bit of a drive, 160k from Abby, and is in the Similkameen drainage, which drains to the east and is like, International and stuff.  Also a cool name.  And even though this beautiful Murray-Latta is no more, the views are unstoppable.  Did I mention Keraouc? 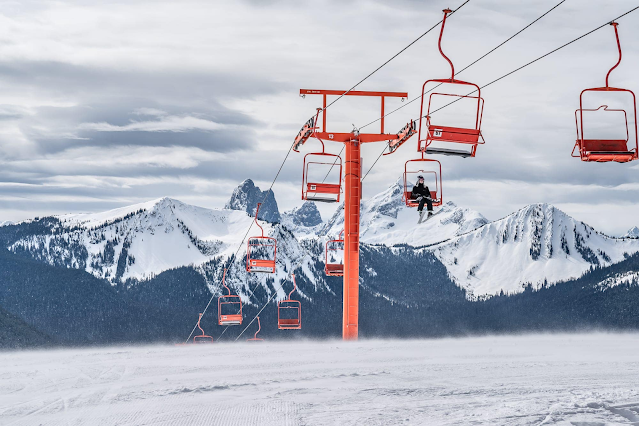 That's more like it.  Manning Park, BC, and yes, Hozomeen.  The big one right there.  Next to the other big ones.  Keraouc sat in a really cool shed at the top of a small peak behind that one peak, actually more of a ridgeline, and wrote a real complainy book about being lonely even though it was his choice and he was like sposeta be seeing God or something? Anyway, he missed the point so that you can get the point.  Now, go take on the day.

- Discovery, Montana.  It's in the middle of nowhere.  It's the biggest joint in the country without a detach.  If it isn't, I don't care, it still is in my mind.

- Cannon.  I mean, the name, the history, the tram (I hate trams, but I'd get over myself), Lahout's, bad weather, big mountains, the funky layout, trees, cold, rain, rime, it's got all the things.  It's so far north, if it were in Washington it'd be in Coburg, OR, just north of Eugene.  It's between two places with such storied names as Bethlehem and Woodstock.  I mean, neither is the real one, but that's okay.  Also, interestingly, the western portion of Cannon is Mittersill, Blizzard is listed as their official ski, and wouldn't you know it, BLIZZARD'S FACTORY IS IN MITTERSILL, ÖSTERREICH HOLY SHIT MIND BLOWN. 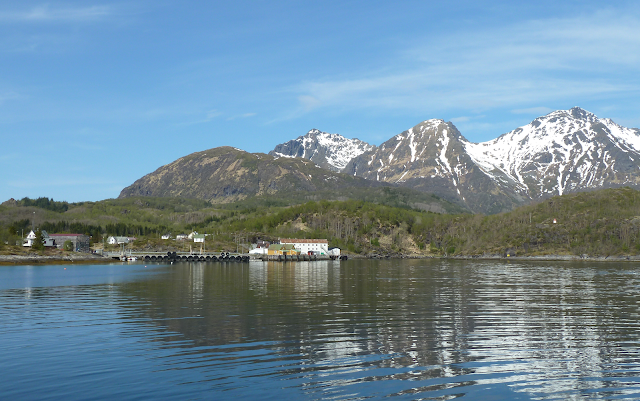 You can tell this is Skutvik because of how it is.
- -

Just kidding, I know it's not Stapleton.  It's the new Illuminati Spaceport out in the desert into which you fly on hajj.  The one with all the secret tunnels. 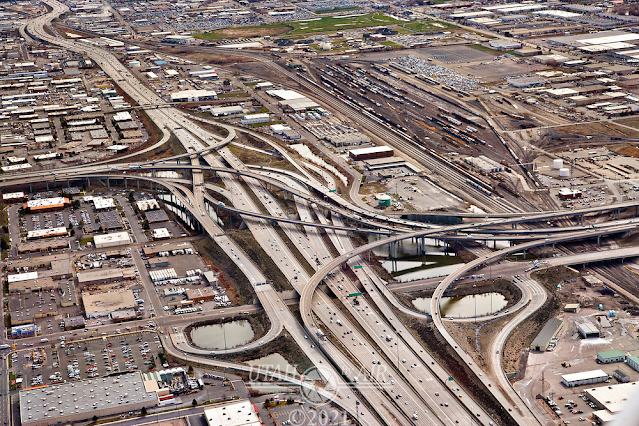