You've got answers? We've got questions.

Apparently Jonathan Ellsworth of Blister Gear Review and Cody Townsend of Cody Townsend have a podcast.  I feel like these podcast things are popular.  Anyway, they asked for ski town relationship questions, and Amy and I had some, but really I'd rather ax some other types of questions instead: 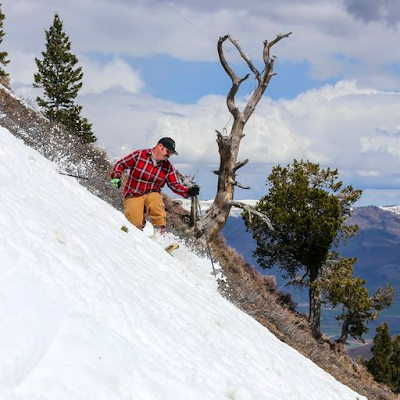 I blame the push-broom on The Place That Shall Not Be Named.  But hey, limber pine!

2) How do I build a time machine?  I need to go back and salvage those two pairs of red purple aubergine Salomon S914s from the skis that weren't worthy of the bindings before selling the skis.

3) Why doesn't Mayor Lauren (or any of her predecessors) allow it to snow more in BoyCee? 75 inches in town and 450 at the hill doesn't seem like too much to ask. Baker gets like almost 1800 inches or whatever.  I may have hit the wrong unit-toggle on their snow report.

4) Why does everything hurt? We're both only in our earliest 40s.

5) How do I get people to pay me to ski while I provide nothing at all of value to them? I feel like there should be positions at ski areas for that. 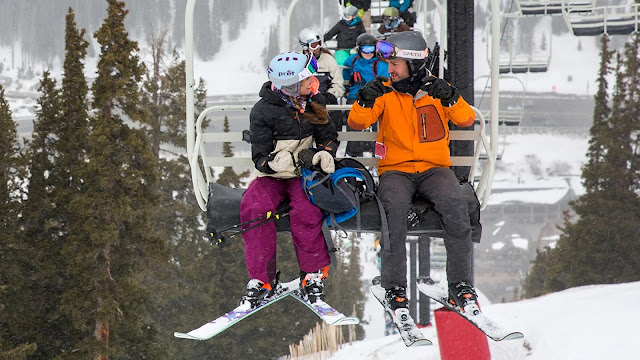 6) I want access to a binding bench and an open-stone bow grinder, but I don't want to change jobs.  Help!

8) I want my Forester to act like my ol' GL wagon most of the time except when it needs to be fancy like warm seats and lots of cupholders and modern airgoonoomics and that 6 speed (well, 4 and 2 halves).  Can you go tell Subaru to do that for me? Thanks.  Remind them that ABS is great when you are actually braking, but not when you're just turning corners with vim and vigor and it's snowing and the person in front of you is, um, scared, and I'll just goose er a little and HOLY SHIT WHY IS MY CAR TRYNA SHAKE ITSELF TO DEATH I SAID OFF NOT SLIGHTLY LESS ON

10) Salomon made the 747 back in like '87 and nothing since has really improved on it in any meaningful, life changing way.  Maybe since you guys know people, you could have them make a run in that sexy mid 90s 997 Equipe red for me.  I'm an N-9.5, but I like the symmetry of a 10, so tell them to make it 5-15 (I think the OG was 6-14, which is totally fine, but, like, FIFTEEN) so I's right in the middle, please and thanks.  Also, make sure the toe is 1-2mm higher than the heel.  Enough of this needing to modify bindings to do em right. 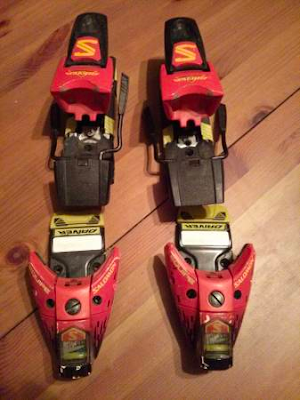 This one.  Right here.  Like, all the time.  Yes, I can have an emotional connection with a binding I've only skied once, on my oldest brother's 204 Pre SmpnROther on Kemper's** in 1996.

13) One of my favourite Christmas records from growing up isn't on Spotify.  How can you help?

14) Dave Matthews wrote some decent songs 25+ years ago.  What happened?

16) Yer both wrong.  It's July at Chinook with some tourists wondering just what in the heck yer doin. 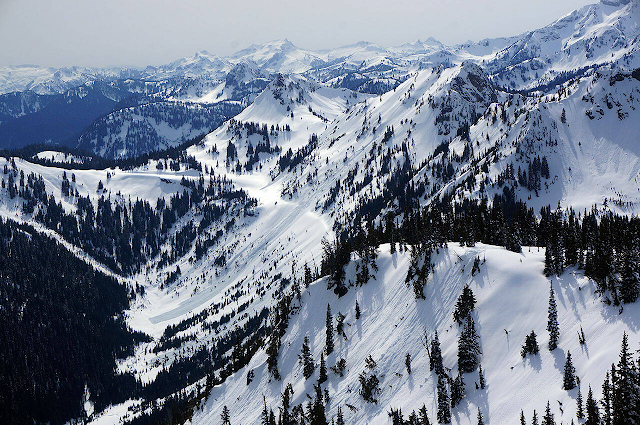 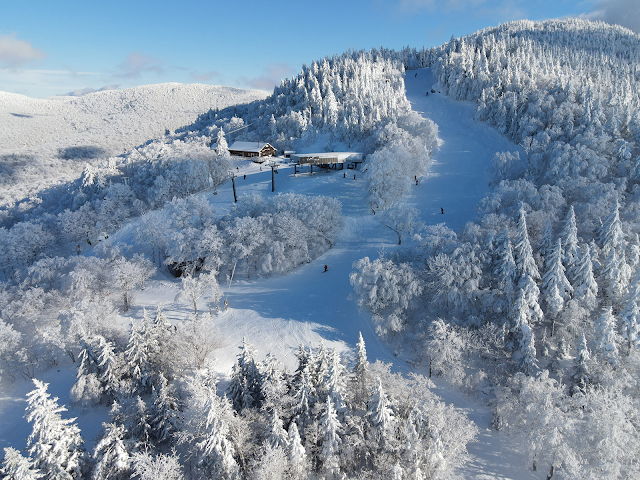 Smpn smpn OH SHIT I FORGOT THE LATKES
20) Why all them internet recipe sites got life stories 'fore you find the ingredients.
21) I don't believe in Alaska?
22) I bet you don't know how to say sauna in Svenska.*
22) Why skeening so spensive!
23) Do you like apples?

I like apples.  How you like them apples?  This one's a Sugar Bee.  I miss The State of Apples.
24) Is Vermont just New Hampshire without Chris Sununununununununu?
25) How do I go back to Winter Solstice in 1999 cos it was rad there was a biiiiiiiig moon also cold and my wipers didn't work cos inversion cold and why was I alone and was that actually a chupacabra I thought they only liked the desert not 60 inches a year Enumclaw OH NO RUUUUUN NO WAIT YER IN THE TERCEL GIVER PEEL OUT DOUGHNUTS YEAH
26) Pa says Garmish-Partenkirchen is real but I've never seen it...is The Zugspitze also real?
27) Good thing that one guy from Rossi NW gave me this apron LATKES ARE AWSUM HOLY SHIT I EXCITED GIMME GIMME GIMME
28) What's the better ski town rig, Toyotacoma or Outback? 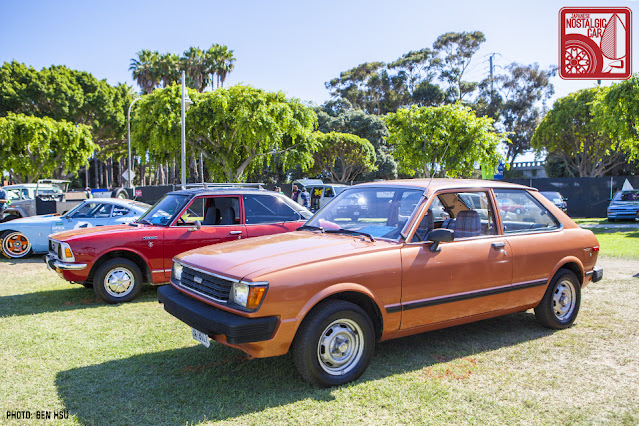 Mine never got stuck.  How bout yours? (Photo: Ben Hsu)
29) Is skiing really worth never seeing your out-of-state family over the Holidays?
30) How do you stay humble when you actually are the best skier on the mountain?
31) My trainee is faster on the race course than me and all, but I'm still better, right? Right?!
31) Why do nieces and nephews grow up so fast?
32) Why isn't good opportunity and good skiing in the same place?
33) I don't believe in Alterra. 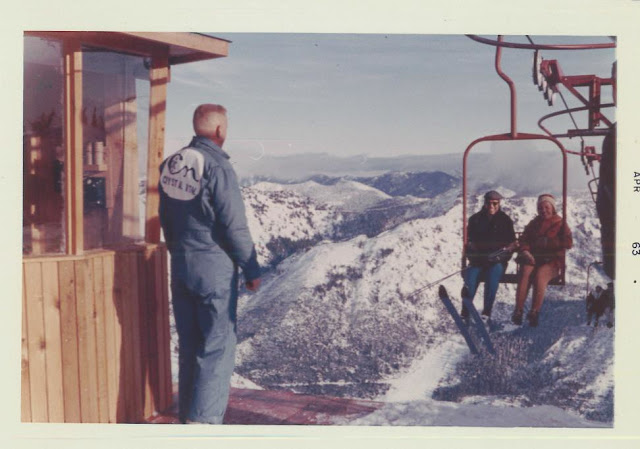 Bring back the Riblets and that sweet flattop and those coveralls and enough of this bougie corporate bul HEY LOOKIT EAST PEAK IS FILLED IN
(Photo vis Flickr, courtesy of the Forest Service NW division.)
34) Wait.  Hannah's got an Audi?
35) How is it 9.00 already?
36) Why did it rain all over our snow?
37) When do I get to skate on the roads?
38) HOW WE OLD
39) Man, I really liked that Karhu Jak. 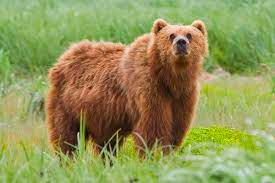 Karhu
*Joke's on you, it's bastu!
**I swear I've never poached, Uwe.  NEVER.
Yes, that's a 90s Radio Shack ad we're referencing. And, if we're being honest, the best ski bum rig has got to be that funky mid-to-late 80s 4wd Tercel wagon.  Just drop that tyre pressure and you might even make it up Austin in 4 Low.
at December 26, 2022
Labels: absurdism, Amy and Eino write together, Bindings, Bogus, Colorado, Complaints Department, Crystal Mountain, Eino Holm, Enore, Enore and Mimi write together, Gear, Knees, lifts
Newer Post Older Post Home