What should I buy?!

(Rob (the PT) asked for recs on big all-mountain skis.  Being one who is full of magnanimity, I oblige these requests.  Herewith, a email, edited a shade to be less opaque.)

Amy said you need skis.  95mm? I have opinions.  People need to hear my opinions. I've spent the last 40 years gathering intel. And, to quote a lady from The Place That Shall Not be Named I don't know but who was rad, yeah, I'm pretty good.  (Also, I have a hard time being fully serious at any point in the time. If any of this sounds scolding, I promise that it isn't.  I just have lots and lots of opinions and thankfully much, much time on snow and six winters over the stone to back them up. Also I have a bio on bootfitters.com.  I'm sure that's like, something, or something.)

Amy says you might not read the whole diatribe, so, tl;dr is at bottom.Where does this ski slot in your mind?  If it's a Bogus Basin 2-8" day or some day-old and some cut-up and maybe a groomer or two or some thick spring slush, then good, that's what these skis are designed for exactly, go for it.  If it's a "quiver killer" (whatever that is), then hell yeah, go for it.  These can all handle that. If this is "skinny", then stop reading ski blogs and go skinnier.  Skinny is 75mm and below. I'd also suggest some 88mm skis as well, but option paralysis is real. 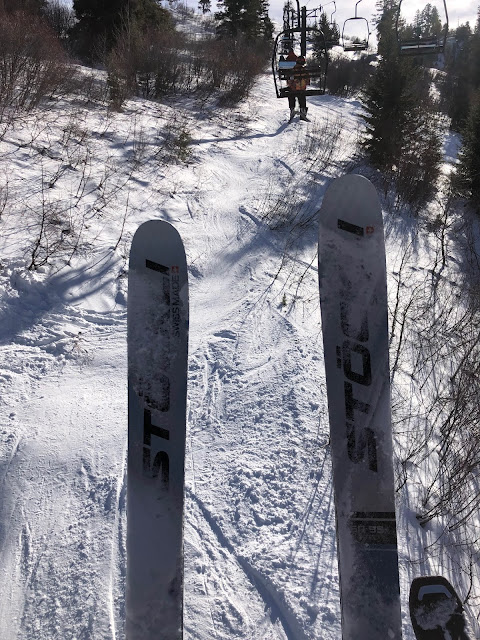