When I was thinking about going back to school, I looked for a graduate program with some specific, non-academic criteria: a place where we could live together (A lot of programs in my field are residential; think cabin in the woods with bunk beds.  Fun but not conducive to adulting.), a place where we could both work (He does bikes and skis, I do teaching and random stuff.), and a place where we could ski (and I could teach skiing).  While searching for programs, we visited Ashland, Oregon, and it checked all the boxes.  We skied Mt. Ashland on that trip.  At the top of Ariel, I saw the Cirque and said, “Hey, that’s steep!” and knew it could hold my interest for a few years.  I applied to the grad program, was accepted and we moved at the end of our last season at Crystal.

When I showed up at the Mt. Ashland job fair, there was no one at the front counter.  I waved down a lady with a Mt. Ashland vest and said I was here to apply.  She looked at me and said, “You just got here?”  The job fair was scheduled to go on for another hour so I was confused by her question.  I said, “Yeah, I just got off work and came right over.”  To which she gave me a weird look, like, “Then why are you here, at a job fair?”  When I actually sat down for the interview, we were half way through when I noticed I was speaking to Kim Clark, general manager.  “Oh!” I said, “You’re the boss!”  “Yes,” he responded, “but I got my start as an instructor.”  So, we chatted PSIA, he shook my hand and said, “See you up there.”

Kim was a great leader.  Mt Ashland had the best workplace culture of anywhere I’ve ever worked, and that is a testament to Kim’s leadership.  The ski school director, Brian was awesome; he got the job right out of school, graduating from that ski area management course at Sierra Nevada University.  He had clear expectations and a sense of humor.  Also, he liked me and I became friends with his wife.  At Mt. A, I met some great people, taught some fun lessons, passed my alpine level III, and skied a lot.

My second season at Mt. A, I worked full time over the university's winter break.  It dumped and we skied powder most days.  The thing about Mt. A is that it is small, about 200 acres.  So, the place is usually tracked out before morning meeting is over.  One day Kim showed me his secret stash, a tree shot off Lower Tempest that was pretty dense getting into it, then opened up.  Mt. A has some great tree skiing amongst huge hemlocks and Shasta fir.  Oh, and there 's this giant, granite boulder in the middle of Dream that's called the Big Rock. 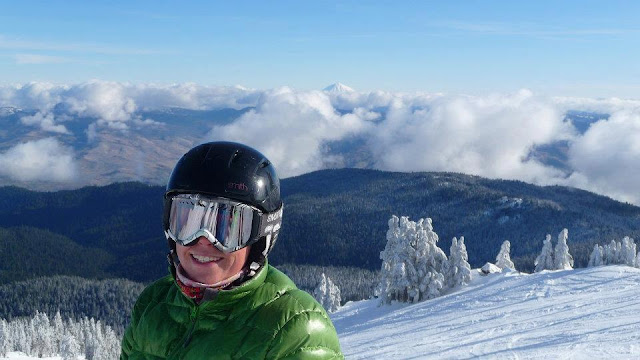 Amy at the top of Dream

I took a field botany class in grad school, and we spent a lot of time on top of Mt. Ashland, exploring the ridge-top flora.  It was a new experience to spend time during the summer in the place I skied during the winter.  I got to know the land more intimately, on my hands and knees, looking at tiny flowers with a hand lens.  I got to know the land in a more expansive way as well; the Cirque is even more intimidating in the summer, with steep, rocky, unscalable (at my skill level) slopes and glacier moraines.  I never did ski every line in the Cirque because Light Brown is rocky and requires mandatory air.  I think it’s good to leave a place before you ski every line.

I’d be remiss to write about Mt. Ashland and not mention the expansion.  So, back when Alberta Tomba was crushing the World Cup, Mt. Ashland made plans to add a chairlift and runs into the next drainage north, adding about 200 acres of skiable terrain and almost doubling the size of the ski area.  It also would’ve added some beginner terrain, which is something Mt. Ashland lacks and one could argue, needs to be competitive.  As is, I got used to teaching a beginner flats progression on a double fall-line, hiking up to the bottom of the beginner lift and having my students lose control on the steepest part of the bunny hill, a pitch that Kim called “Sonnet face.”

Like most ski areas in the western United States, Mt. Ashland is on US Forest Service land, so they can’t just go chopping down trees and doing whatever they want.  In order to develop anything new, lease-holders have to complete an Environmental Impact Statement and defend it in court under the NEPA laws.  The town of Ashland is very liberal, full of environmentalists, and for the record, I identify with both those labels.  Many folks in Ashland were concerned about this expansion for its environmental impacts.  The ski area is situated at the tippy top of the city’s drinking water watershed, in a diverse, relatively undisturbed wooded ecosystem.  While the expansion would have impacted only about 1% of the watershed, the land is at the top of the watershed, affecting everything downstream.  The area is also potentially critical mountain-top habitat for the Pacific fisher and wolverine.  So, some environmentalists took Mt. A to court, and 23 years later (when I arrived in Ashland), each party was embroiled in hyperbole.  Environmentalists were convinced that Mt. Ashland was evil and greedy and going to poison us all.  Expansion proponents said that the future of the ski area hung precariously on the addition of one ski lift and a handful of runs.  The EIS said that the expansion would have a small impact, but the scope of that impact was relatively unknown and potentially significant.  In my opinion, the expansion just didn’t seem to make good business sense.  It created a rift between the ski area and the local community, the very community it relied upon to keep the lifts spinning.  Plus, a small ski area that doesn’t get a lot of snow is never going to attract a lot of destination business, so the expansion wouldn’t’ve really increased its appeal to the wider skiing demographic.  In the end, management abandoned the expansion plan, but not because the other side won.

The last season we were at Mt. Ashland, the hill didn’t open because it didn’t snow.  My plan that winter was to teach skiing full-time and finish my thesis.  Well, I actually got my thesis done ahead of schedule because I never went to work.  It was super depressing to be doing data entry and statistical analysis in February and giving up on my season.  So, we moved to Utah that spring, because we need a place to ski and I need a place to work.  Ashland and Mt. Ashland are magical places, so any hippy in town will tell you.  I just wish that magic would make it snow a consistent 300 inches/year. 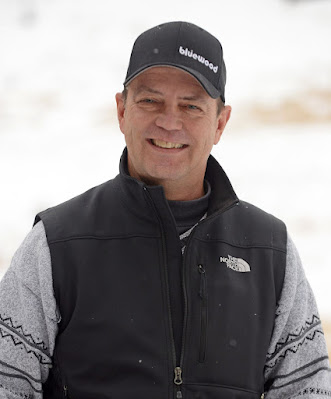 Kim got fired that spring because the board of directors decided not to roll-over season passes, and he thought they should.  He was right and they were wrong, but he got blamed for the PR shitstorm.  They were probably also just sick of the whole expansion nonsense and wanted someone to blame.  Kim moved over to Bluewood and took up general managing there for the last eight years.  Kim Clark passed away a few weeks ago from a heart attack.  He was on the hill when it happened, probably acting the kind, honest leader I knew.  It was really sad news, piled onto the sea of heartbreak that is Covid times.  The world lost a good man when Kim died.  I’d hoped we could’ve visited him at Bluewood, but now we’ll just have to go there to ski a run in his honor.